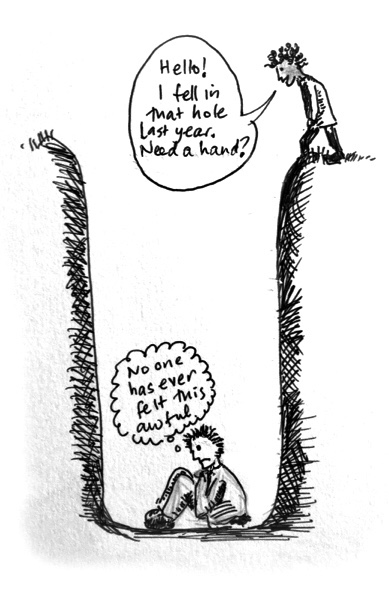 Let’s skip the small talk and get right to the topic at hand. Mental Health remains a touchy subject stigmatized as a weakness and not as a disease.
____
I really know depression. I know coming outside when the sun is dark. I know sleeping in the bathtub when there’s no water running and just looking at the ceiling thinking. My mind is like a Rubik’s cube. I’m telling myself that it’s worse than what it really is. I’m telling myself the whole time, Hey Charles, you can get out of this! Charles, you know better. You know how to snap out of this. You’ve been through too much. Work, school, home doesn’t matter where I go depression is with you.
_____
For me, sometimes depression is a season like it’s rainy and cold. But it’s just me being honest. I don’t feel like everybody is honest. That’s the vulnerability I choose to have. I embrace it. Depression tells me I suck but I reply back I’m not here because I fell down, I’m here because I got up. I don’t want any attention but I write because it’s therapeutic. Picture me fighting with myself or even worse when I was drinking. It hurts when I’m thinking because it’s me versus my personal demons. I yell be quiet to the voices screaming in my mind? I Am who I Am.

The Worst part of Depression is People who don’t have It they just don’t get It. When I was in my deep dark place it was never talked about. I guess my depression just stepped in and took over shit like it’s known to do. Guess it said, Hey Charles, I’m going home with you. Turn your cellphone off, I need to be alone with you. You been with me since a teen, but you started to confuse me because it’s been so long and you are still trying to lose me. Used to it, me and depression been a tandem for years. How could you show me such hurt when everybody turns their back on me? It’s just you and me with the monsters in my head, lets reunite.

But now you got a cure and you wanna get rid of me. We are roommates, I’m in your head, Charles, you live with me. Tame me all you want, I’m at rest, maybe hibernating. But I’m forever there when you least expect. Don’t let me Go, Hold on for the ride. I bet that’s what you want DEPRESSION.