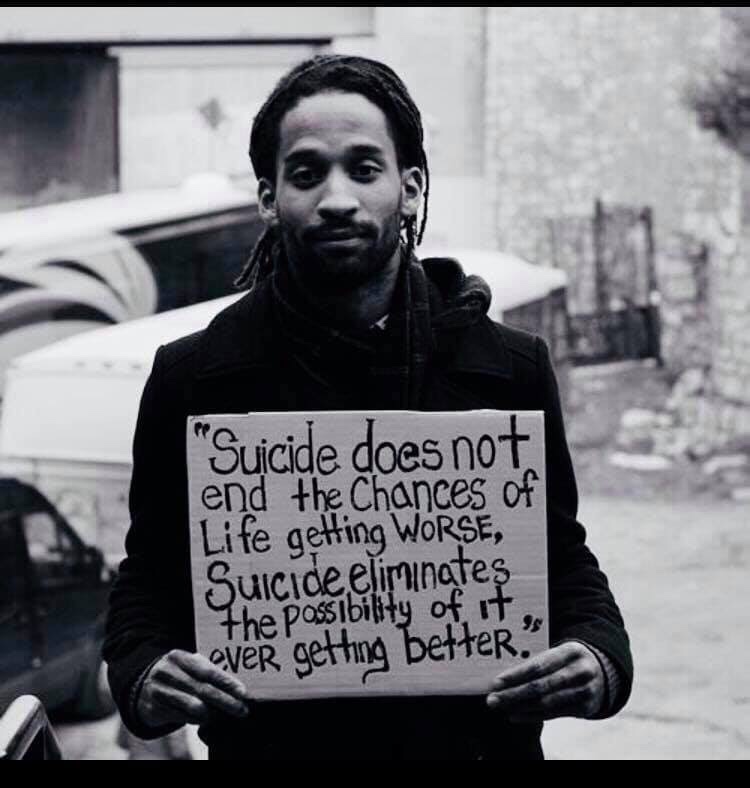 “Suicide doesn’t end the chances of life getting worse, suicide eliminates the possibility of it ever getting better.”

When I was going to commit suicide on September 19, 2017 I questioned what else is there to life? It was the very first time in my life I contemplated living or dying. They say God works in mysterious ways. Well I definitely believe that. I thought about death wondering how I was gonna go. I couldn’t be insane for just wanting to know but in my head I died often.

The emotions, feelings, thoughts, addictions, and depression I had faced daily were now burdens lifted off my shoulders. I had overcome such adversities throughout my life and I wouldn’t allow the easy way out — Suicide. I always stress reach out to each other. No one knows what goes on in my head just like anyone else. I can text anyone back “LOL” but I wasn’t laughing at all.

You have 1 Life to Live. You have exactly ONE life in which to do EVERYTHING you’ll ever do. Act Accordingly. I thought I had Friends in my corner but when I got sober I realized I was lonely. My mental illness overtook me telling me I lost them all. The Stigma was real. I’m sorry. Suicide almost won, but I fought back. I Fight Every Waking Day.